Death island, storms, beaches, snorkeling and a tragic accident in our apartment!

Hello travel enthusiasts! In my last travel blog post I wrote about my first week in Thailand. I wrote about Bangkok and Chiang Mai and now I would like to get to the most exciting part ( at least in my opinion) – the islands. We started with Koh Tao.

We didn’t book any of our domestic flights or bus routes before our trip so we were checking out local offers meticulously to get the best deal. We found a small tourist agency where we booked a VIP bus package , that would take us all the way down to Koh Tao! The price ( 800baht)  was pretty good and the pictures looked pretty nice too. The only thing was that we had a 12-hour stop in Bangkok but that was fine to us.

Unfortunately the bus didn’t look anything like the bus in the brochure. The first bus we had  taken ( from Bangkok to Chiang Mai, booked on https://12go.asia/de) was luxurious compared to this. Grey, dirty, smelly and old synthetic leather sitting , an interesting toilet and pulled-out lights. I guess we’ve been lucky with our first long ride bus 😀

All in all it took us 36 hours to get to the south of Thailand but it wasn’t as horrible as expected. We had enough yummy vegan supplies with us and in Bangkok we had the chance to eat at a great vegan restaurant and drink our first kombucha – yummy !

There was one thing that I didn’t know about Koh Tao though. While we were sitting in our bus – full of anticipation – my sister had huge worries about our destination and wanted us to stay away from Koh Tao.  Sounds thrilling, right?

Apparently Koh Tao is also known as the island of death or ” death island” ?! I only heard about beautiful beaches, stunning coral reefs and cozy streets. Right after my sister told me that there is an island where many tourists got murdered I searched for more information . All sources said that at least 8 tourists are missing mysteriously or got murdered in the last three years on Koh Tao. Okay , wow! I didn’t expect that. My sister was freaking out when I told her that the island she heard about was our next destination. Nina and I obviously didn’t want to leave Koh Tao out of our route, since we already sat in the bus, also we weren’t too scared or worried. Some classmates were staying there too and hundreds of other backpackers as well. I had a weird feeling though, as I didn’t know what to expect ( my sister is really good in creating panic). Thanks for that sis!

Obviously we didn’t get killed but there was definitely incident that could have ended worse. But more on that later.

We already knew where we would like to stay, because a friend of mine recommended a cute place right at the beach – the grand beach resort. After the ferry arrived at the pier we started google maps ( this little app was honestly our daily lifesaver).  To save some money we’ve decided to walk the 30 minutes. Actually we wanted to rent a bungalow but they only had apartments that were available by that time. These were just a few more meters away from the beach, so it was totally fine to us. We had to pay a 1000 baht caution. Why did I have the strange feeling that I wouldn’t get to see this money again?:D

The first day in Koh Tao we went for a short cooling to the beach, watched the sunset and had dinner at  a cute restaurant called Vegetabowl. You definitely noticed that it’s a touristic place. Many european restaurants, shopping streets and tourists agencies. I liked this place anyway!

The next day we had planned a beach day but the weather was too stormy and rainy, so we ended up checking out the surrounding and booked a snorkeling trip for the next day. There was a common price  but we found a small office that offered it for cheaper (secretly) At first I was a little worried that we just got scammed but our optimism was bigger.

We got picked up at 9 am by Oxygen tours. Phew! It wasn’t a scam. The snorkeling tour included snacks, beverages and a lunch , which was pretty nice! I mean we just paid 450 baht (13 euros) plus 100 baht for the island group Ko Nang Yuan. The weather was stormy, thus we couldn’t go to all coral reefs. Instead of five stops we made 4 stops I think and it was completely fine for me. At the first stop my snorkeling equipment wasn’t working. Three breaths and you could enjoy salty sea water – yey. Luckily there were just some grains of sand that had to be removed and then it worked! I was so relieved haha 🙂

The snorkeling was amazing. When I was younger I always dreamed about being a mermaid ( thanks to H2O- just add water), so with this experience a dream came true. The corals weren’t as colorful as expected and unfortunately I didn’t see any sharks or turtles (some people did at sharks bay)  but I enjoyed every minute in the water anyway.  We were glad that we had life jackets, so we could just chill in the water! Surprisingly we didn’t get diving fins. Apparently they are harmful to the corals. Although we weren’t really close to them but I am happy that they care so much!

Our last stop was the island group Ko Nang Yuan. There are 3 little islands all connected by sandbars. Sadly we could only reach 2 islands because the one sandbank was overfload by the stormy sea. What I didn’t like was that you weren’t allowed to lay with your towel at the beach but had to rent overpriced beach lies. The islands were really crowded though, so nobody cared about that.

Of course we took the little trail up to the view-point – the place where everybody is taking pictures like crazy. In fact we had to stand in a line to get a few seconds at the edge, haha.  It was worth it though!

We were back home at around 5pm and tired so we just had a chilled evening. The next days we simply enjoyed the sunny weather ( yes, we finally had some sun!) , Nina got a bamboo tatoo and I bought a super cute bikini and a comfy jumpsuit. This jumpsuit was honestly the best thing ever. I could walk around without a bra, it was comfy and pretty. Later throughout my trip I lost it and I was devastated. Literally. Okay let’s get not talk about my close relationship to my lost jumpsuit:D

This could have ended my trip bloodily.

Our time on Koh Tao was almost over and then it happened. I was in the bathroom – getting ready for the beach and all of a sudden the sink cashed down. All I could hear was a dull noise in my ear. It was so loud that my ears were deaf for a minute ?! I was just shook. Seconds later Nina came in the room, saw me in the middle of the mess of shattered ceramic and we noticed that my big toe was bleeding. No big deal but I still can’t believe how close it was. If my feet would have been just a few centimeters forward, my travel journey would have probably ended.

Nina went to the office to tell them what happened, we told them that we didn’t even touch it and that there was nothing on it when it fell down, we got a new room and thought everything was fine.

Annoyingly they told us that we had to pay for the sink , when we wanted to check out. 800 baht. Nina was ready to fight and I would have usually discussed with them, too but we just had 5 min until the taxi to the pier would pick us up, so we indulged, knowing that things work differently in Thailand.

At first we were incredibly angry but we couldn’t change it and didn’t want to waste our precious time in Thailand with being pissed off. So we got to our taxi and took the ferry to our next destination. 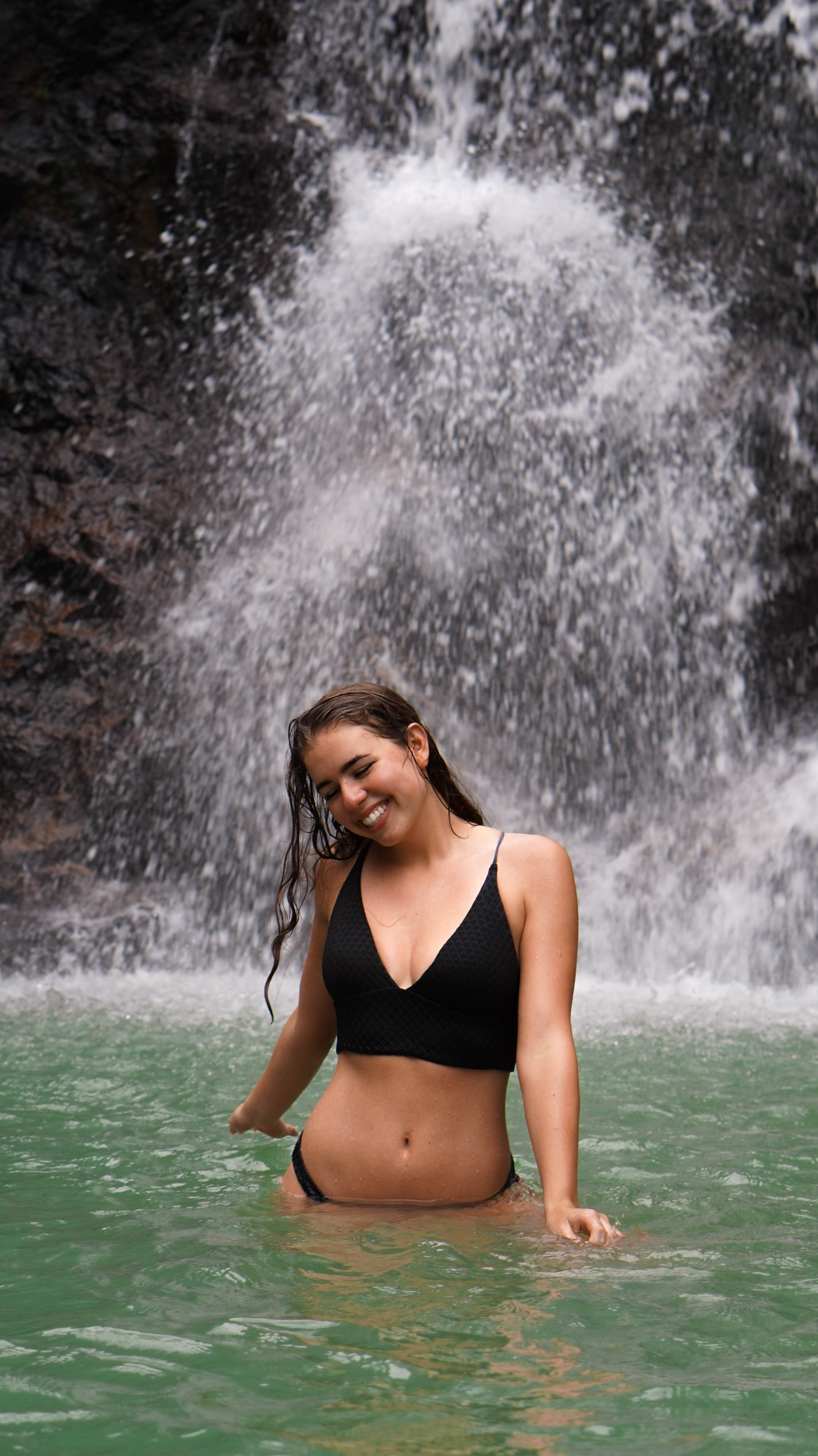